I am a marine and environmental biologist and a research diver, but more than that, I am an aquarist. Beginning of my hobby dates back to early 80’s, but the most influencal period was the early 90’s when reef aquarium keeping began big in Europe and US. So, all things marine have always been important part of my life. I’ve been the curator of Helsinki SEA LIFE center since 2001.

Guiding nature- and diving trips has taken me through the world’s seas and shown me first-hand the troubling shift in the state of our marine environment over the last few decades. I’ve seen aquarium clubs dwindle with the information age and social media, and I’ve seen the role of aquariums themselves shift with the changing world. I believe hobbyist aquarists should follow public aquariums and emphasize the educational as well as the environmental impact – which they often do. 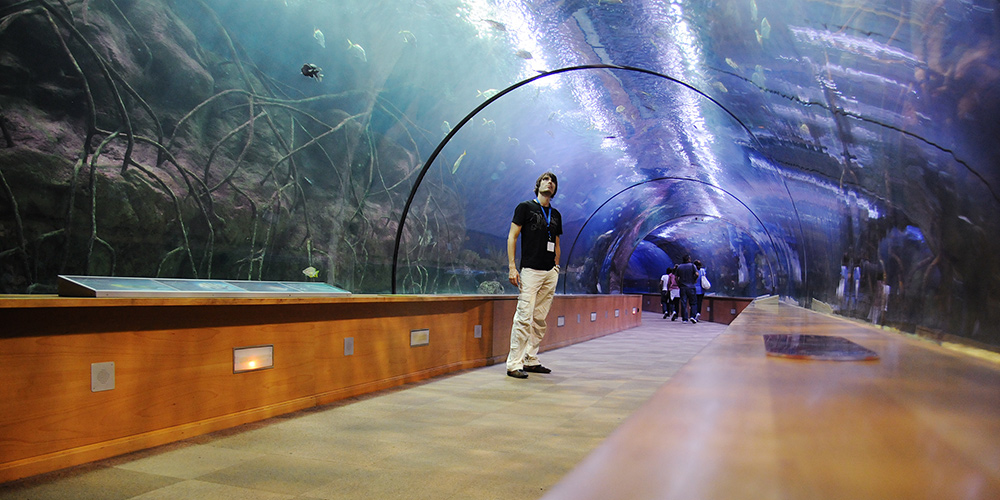 Although my interest in aquariums has always been founded and fuelled by the biological rather than the technical, I’ve enjoyed each and every one of the hundreds of projects I’ve been able to partake in by designing, building, or more often than not, both. A single tank or a larger system – designing and building aquariums brings a welcome variety to daily routines of animal husbandry. And as the cherry on top you never stop learning – I now know water does not always flow down.