At the end of 2015 I got the first architectural drawings of the New Children’s Hospital. The aquarium was located in a prominent spot at the back of a long, glass-walled waiting room. In the original design the tank had a rather traditional rectangular shape with a parallel service area behind it. From this set up we started making modifications with Tuulikki Raivio (SAFA, Sarc architects) who took care of all architectural drawings related to the aquarium and it’s surroundings.

We started by moulding the shape of the tank in order to maximize the bottom area. We spread out one end of it over what used to be service space and narrowed down the rest of the passage – still leaving enough space for the one looking after the display in future. This change achieved a more interesting shape, considerably more volume and, to top it off, a window visible from the Moomin-themed  play room on the other side of the space. More in-tank area is also essential to the future inhabitants – corals especially require light and horizontal space to grow. 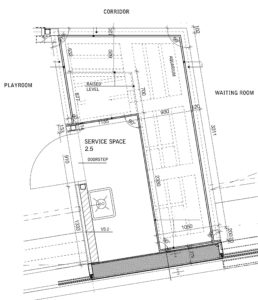 Instead of the traditional cuboid, one end of the tank was widened over the service space to provide a window to the playroom on the left.

To mitigate problems arising from the shrinking service area behind the scenes we decided to uplift a portion of the aquariums bottom. This allows for more technical equipment to be stowed underneath. Due to the varying heights of the viewers, and kids especially, the base of the display couldn’t be too high. The raised portion is mostly beside the solid back walls, so the size of the windows remains uncompromised.

Similar, well established solutions can be found from the Korkeasaari Zoo’s Amazonia house – the aquariums showcasing the rivers of South America and the coral reef biotope of the Caribbean. 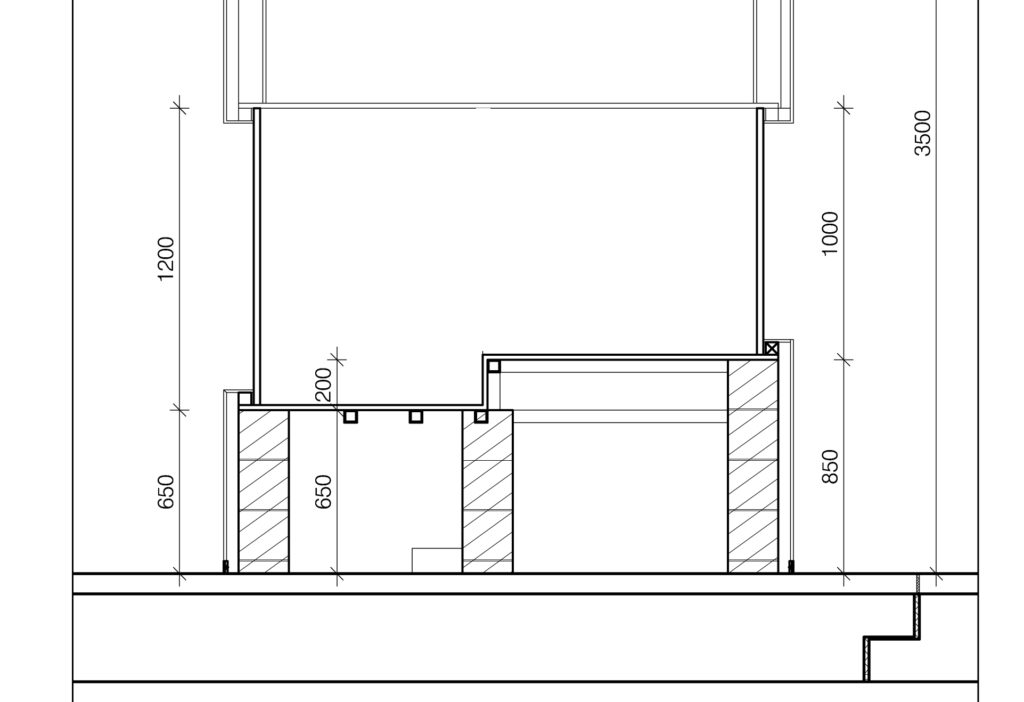 A cross-section illustrates the partial elevation. 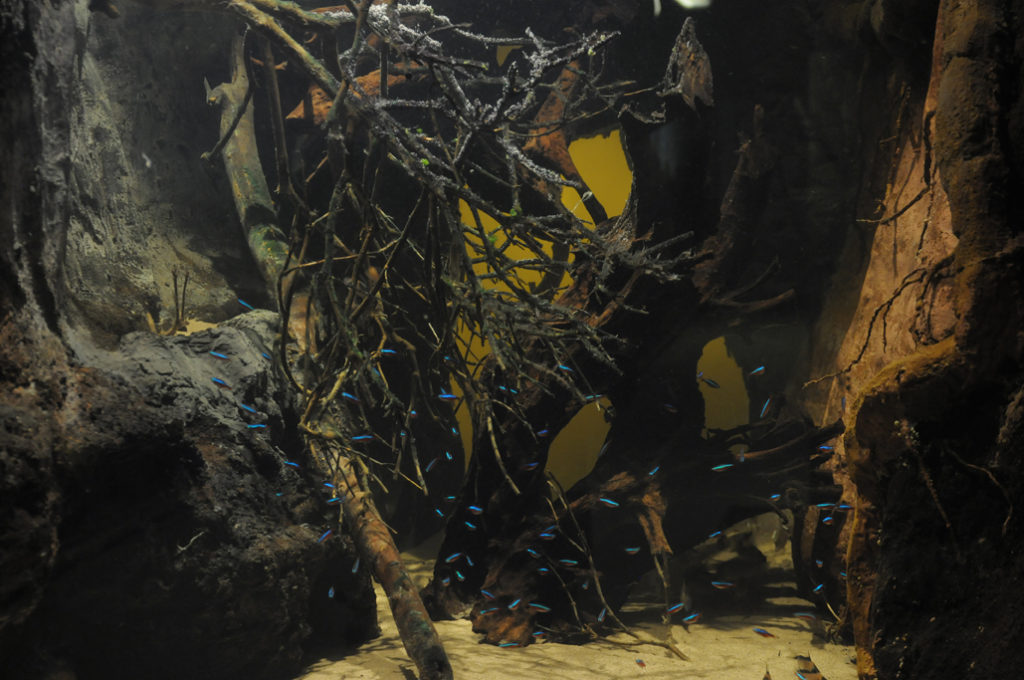 An example of a display with an elevated bottom section

This 2500 l. Rio Negro biotope display is located in the Zoo of Helsinki. Left side of the tanks bottom is elevated in order to locate a pressure sand filter and a pump underneath. Theming well hides this set up.

In the spring 2016 the aquarium finally had a confirmed shape in the architectural drawings. With a volume of appr. 5000 liters, filled and themed tank would weight around 6000kg, so the base had to be sturdy yet simultaneously leave space for all the technical equipment and related water reservoirs. I decided on some tried-and-tested LECA bricks and a steel frame. The blocks would give ample load-bearing capacity with the steel providing rigidity and stability for the bottom. I made a Sketchup-image of the base and gave it to Tuuli, who transferred it into the architectural drawings and finally to the contractor. 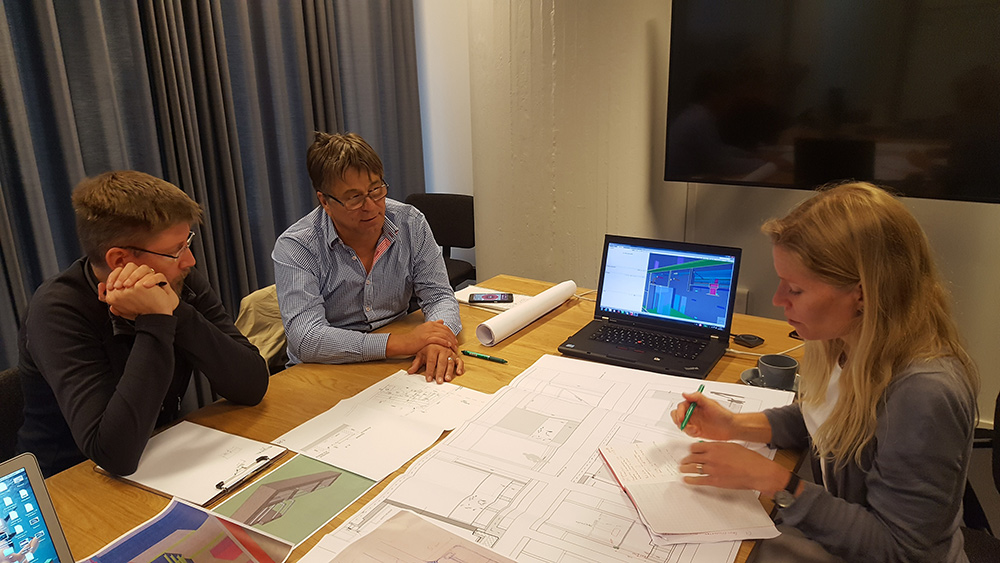 During the progress of the project there were several meetings with Sarc’s architects.

Quite a few meetings were required – with a special guest responsible for technical implementation, Hannu-Pekka Laurila and Kristian Mäkinen from Ramboll Oy. 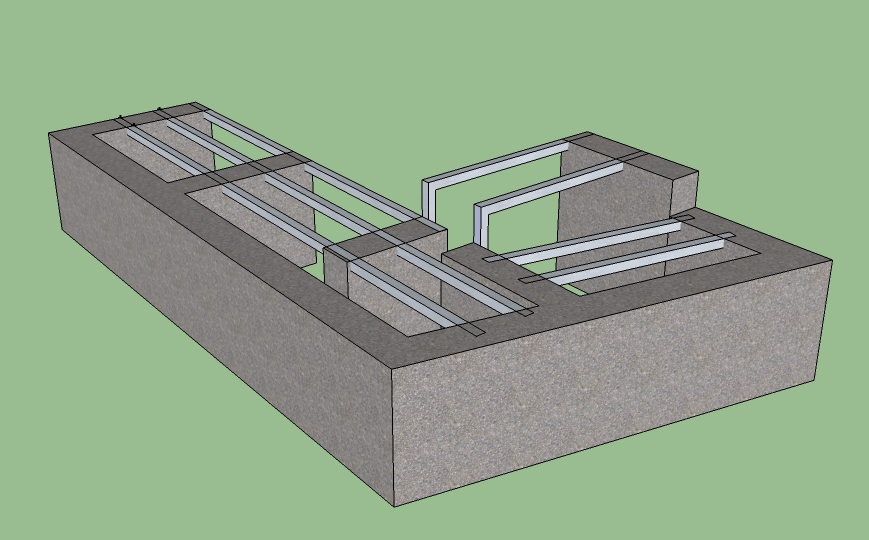 Preliminary model of the plinth

The steel frame was altered a bit in the final construction.

With the confirmed plans for the plinth in new hands and out of mine, there was more designing to be done: electrical, heating, plumbing and ventilation. The very professional design team of the hospital constructors made sure every detail was accounted for sooner rather than later.

On the electrical side I first requested the sockets not be connected to a single fuse. The most important life support equipment, like the pumps, had two units running in parallel: if one circulation pump were to stop, for example, the other one would keep things flowing until maintenance could get on location. It was also imperative to have enough sockets in the right places to avoid unnecessary extension leads. The fish need a clear day-night cycle so a reliable timing system capable of handling high power aquarium lamps was also necessary.

On the plumbing side a high-volume sewer is essential. Spillage is bound to happen in the long run, but adding a few sealant strips and a high threshold for the door was trivial. As for the water supply, a deep metal sink was ideal – and a mixer compatible with a reverse osmosis system for purification.

Our efforts were finally rewarded in the of 2016. The work on the hospital lobby was going well, and the base could finally be installed. The work contracted by Sarc, Ramboll and SRV was top notch, and every detail was done as agreed – to the highest standard.

In the next blog post we will finally get to the actual aquarium hulls build and talk a bit about the theming and live rocks,too. 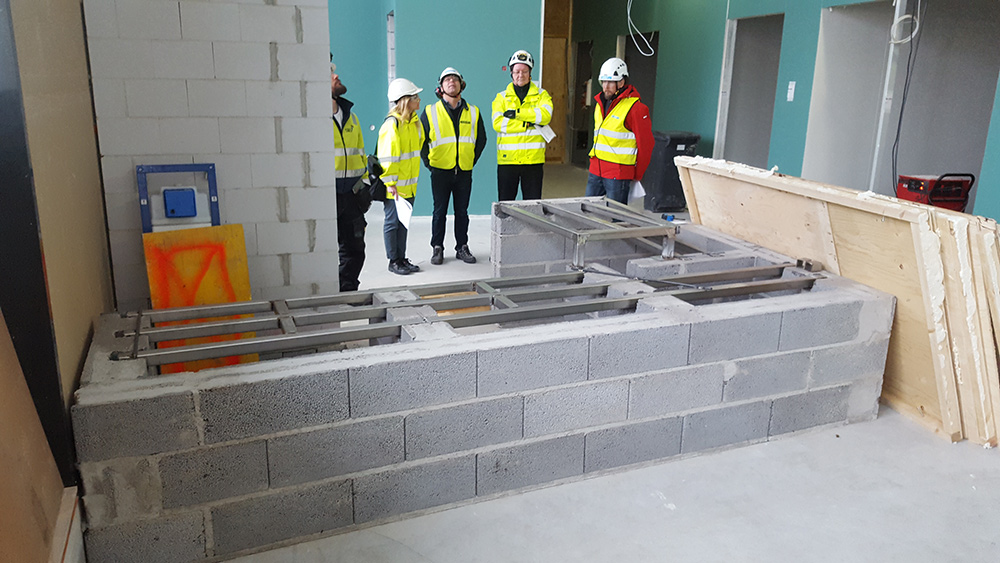 The plinth worksite, seen from the waiting room direction. 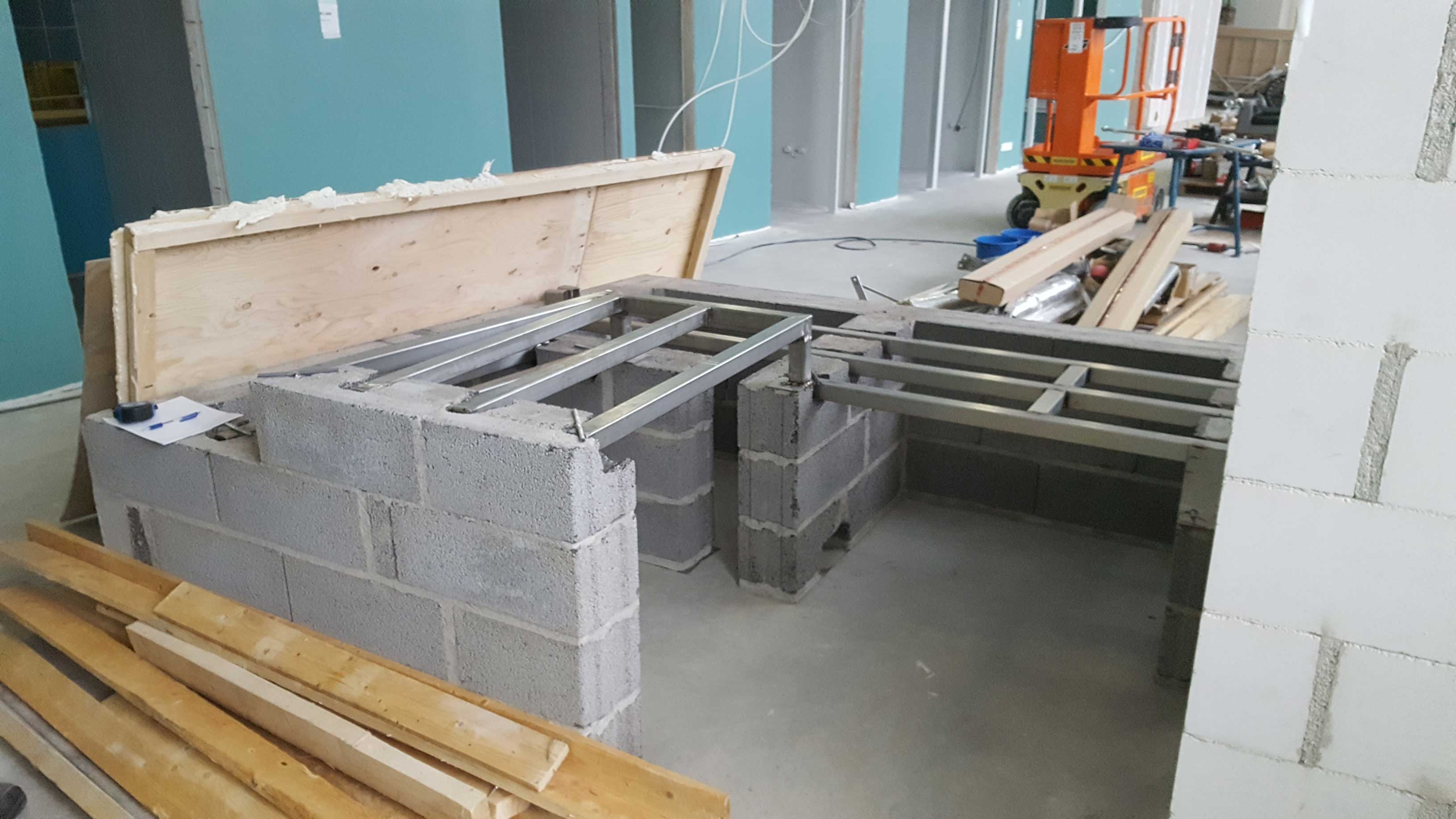 Structure of the plinth and service area, seen from the play room side.

Next article will lighten up next construction steps of the aquarium. Interesting issue will be, among the other things, the project of selecting the living stones needed in the tank.