The idea for an aquarium in the New Children’s Hospital in Helsinki came up in the fall of 2013. Since then it has been thorougly worked on by group of architects, engineers, HVAC and aquarium designers of the Hospital building. Schedule has been luxurious, but the rest of the project is more packed since everything should be ready by summer 2018 when the building opens its doors for young patients. Finally, the space designated for the aquarium in the buildings lobby has reached the point where construction on the aquariums concrete stand can begin. This blog follows the aquarium’s development from the design to construction, through biological maturation and drive-in period of the tank, to the arrival of the fish and finally the grand opening …but let’s start at the beginning.

In the spring of 2014 I met Antti-Matti Siikala from Sarc Architects, the company responsible for the design of the hospital. A bit earlier I had contacted the Children’s Hospital support foundation and expressed my wish to donate an aquarium to the premises. While a beautiful thought, the donation was unfortunately impossible. The image in my head was a relatively small freshwater aquarium, perhaps a tad bigger than one of a hobbyist – a lovingly crafted, themed and styled dash of color in the dim corner of a waiting room. Our meeting took the design and the scale in another direction. So, this is not the story of a donated aquarium.

The first meeting at the Sarc offices made it clear that I was certainly not alone with the idea, and that I’d tagged along at the perfect time. The designers of the hospital had had their interests piqued by the massive two-story cylindrical aquarium of the Royal Children’s Hospital in Melbourne. I feel the spirit of the Royal Children’s Hospital radiates through the design of the New Children’s Hospital – particularly in the color scheme of the buildings facade and, of course, the aquarium. Naturally, our scale was defined by circumstance, so the aquarium and maintenance space had to fit in “just” eight square meters. No two-story high tank with artificial corals, but still a proper, decent size live coral display.

Due to allergies and dust, public spaces and animals don’t often mix – with the notable exception of aquariums. They can often be found in restaurants, break rooms, lobbies and hospital waiting rooms. 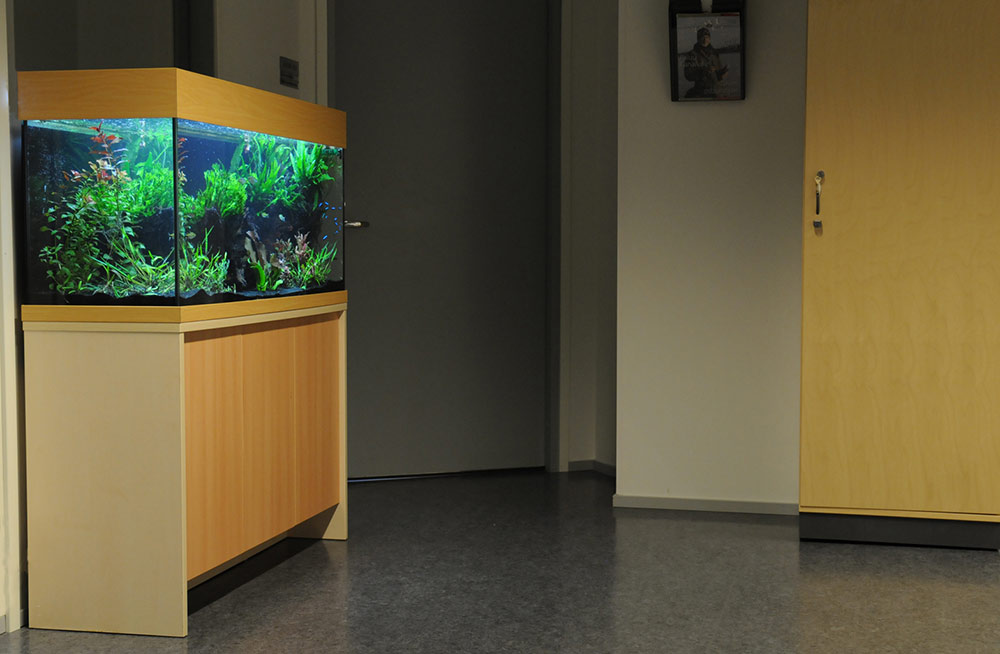 Fast forward to the fall of 2014, when I took lead on the project – along with the job of designing the technical details. So the idea quickly turned into work. It was agreed from the get go that while the aquarium was designed to bring joy to the children of the hospital, the implementation would first and foremost consider the inhabitants – the fish and the corals:

The end result is sure to be the most impressive public space aquarium in Finland – as soon as the inhabiting corals are fully grown. There are no short-cuts with live coral displays, time and patience is needed. 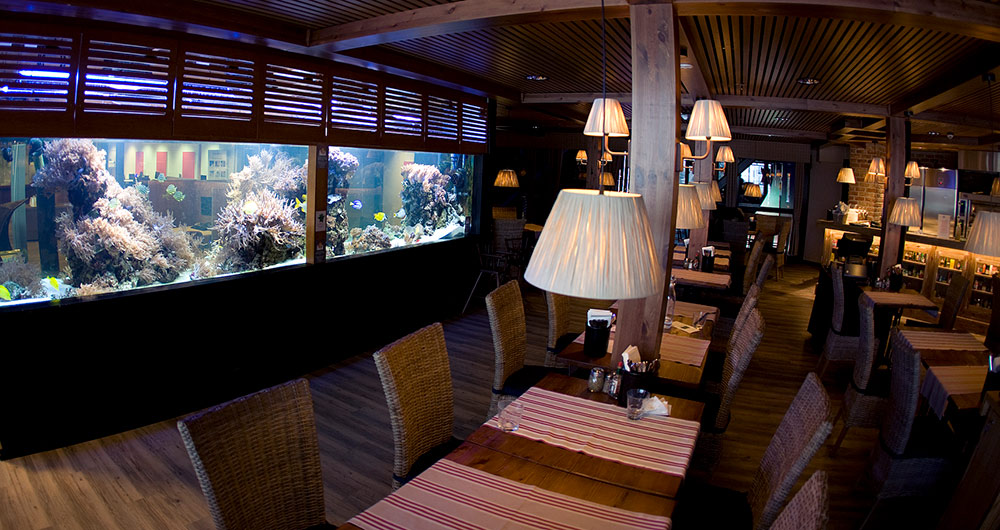 Another children’s favourite – this one is located in the spa hotel Holiday Club Saimaa, city of Rauha. It is balanced, well-kept collection of fish, soft corals, crustaceans and other interesting organisms.

I’ve been working with the large coral tank in the Helsinki SEA LIFE from the very beginning. The aquariums are somewhat similar, albeit slightly different in shape and theme.  I wanted to include a few pictures to convey the gist nonetheless. All corals at SEA LIFE are cultivated in house from miniscule fragments donated by passionate hobbyists or public aquaria around Europe.

So please, stay tuned! The next post will explore the size and shape of the tank as well as the construction of its stand and the maintenance area. 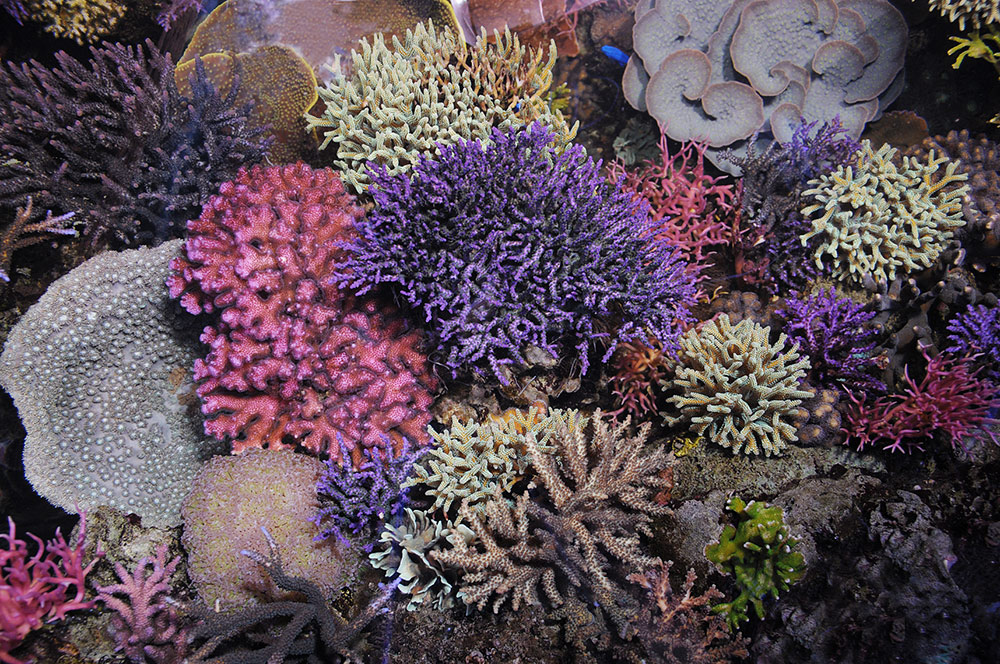 This 4000-liter tank in Helsinki SEA LIFE center is a good example of florishing stony coral display. The oldest inhabitants in the tank are well over 20 years old, including huge blue carpet anemone and a clownfish living in it. And they grow: over the last few years nearly a thousand coral frags were given to hobbyists’ home tanks.